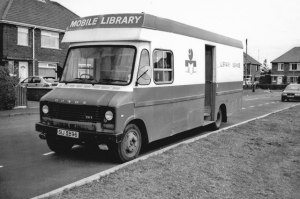 I started today with a little bit of PhD admin and finally managed to pay the first instalment of my fees. It’s the latest in a succession of painful reminders that I am going to be very poor for a very long time. Yesterday, with trepidation, I opened the payslip for my first month of working reduced hours. Ouch.

It is with this new found financial caution that I am currently approaching my research, with the question “But will it be worth the inter-library loan fees?” foremost in my mind.   I am at a stage where I’m coming across a lot of references to things that could be useful, but how much so is up for debate without access to a physical copy. I don’t think I’ve ordered something on inter-library loan since the mid-nineties, so the fees were a surprise. I must have used all my loan credit up in my teens, when living in a small village with a very conservatively stocked local library almost everything I read had to be ordered in from somewhere else. I vividly remember, aged 14, the almost daily pilgrimages to check if the copy of Greil Marcus’ Lipstick Traces I’d requested had arrived, and the feeling of exhilaration when it finally did.

This feeling of faint nostalgia for the days when I could read anything I wanted for free (even if it took weeks for those things to materialise) is rather appropriate to this morning’s reading ‘Nostalgia and Style in Retro America: Mood, Modes, and Media Recycling’ by Paul Grainge. This paper appeared in the Spring 2000 issue of The Journal of American & Comparative Cultures and I’m treating it as a taster to gauge whether I should inter-library loan a copy of Grainge’s book Monochrome Memories: Nostalgia and Style in 1990s America.

Grainge starts with a thorough review of the critical causes of nostalgia; creative bankruptcy, millennial longing, temporal breakdown, postmodern amnesia etc and locates these in a trend towards cultural diagnosis. He links this back to 1970s theories of nostalgia, exemplified by the work of Fred Davis, which often associate stylistic nostalgia with a sense of crisis (in Davis’ case related to periods of transition and the yearning for continuity). He relates this to Frederic Jameson’s writing on nostalgia and the emergence of the concept of a ‘nostalgic mode’ which Jameson attributes to a crisis of historicity and the emergence of a culture of amnesia. Grainge doesn’t believe either explanation is sufficient in itself, suggesting Davis’ analysis of nostalgia as a cultural style is concerned with ‘the symbolisation of an emotion’ to the exclusion of consideration of taste and stylistic preference. Whereas Jameson’s preoccupation with pastiche as symptom of postmodern historicist crisis, a craving for history in a time where the past has become estranged, does not sufficiently engage with the role of memory. It’s a compelling argument.

Grainge then moves on to the topic of media recycling. Using examples drawn from US television re-runs this section is less relevant to me, but still throws up some ideas of interest. He talks of the concept of ‘narrowcasting’ in media culture. for example, “the pursuit of narrow but profitable segments of the viewing audience”. One can suggest this idea can be neatly translated to audio culture and the record labels specialising in (re)issuing music and audio curios – such as Trunk and Finders Keepers – who have a small, but never-the-less financially viable, audience base. This parallel is exemplified further by Grainge’s assertion that in marketing to this narrow demographic segment TV stations have “sold nostalgia both as generationalist reminiscence and postmodern camp”, which is, to me, a very succinct summary of the aesthetic ethos of a label like Trunk Records.

Another element of Grainge’s article I find particularly relevant to my research interests is the way he does not examine nostalgia in isolation from the present. “If nostalgia is a style based on a particular economy of “pastness,” one must recognize the cultural influence of technologies that enable the recuperation of images, styles and sounds drawn from the past” he notes. This is central to my own examination of the role of nostalgia within hauntological music, where even when a piece of music may sound like it could have been produced decades earlier we are rarely encountering something produced by replicating the recording techniques of that time and cannot ignore the role of the technology of the present in the representation of the past.

Grainge concludes that media recycling is not something he feels has emerged from nostalgic mood, yet finds explanations that draw on nostalgic mode somewhat limited. In his concluding paragraph he argues that the “proliferation of nostalgic modes, markets, genres and styles may instead reflect a new kind of engagement with the past”. What a cliffhanger! And one which means I certainly feel a compulsion to read more of his work (even if I have to pay for it).