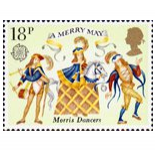 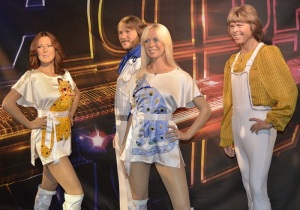 February, so far, has been an admin-heavy month with most of my dedicated ‘study days’ eaten up with preparation for and travel to a supervision meeting, making the arrangements to attend my first conference as a student and working on a funding application.  This has led to a growing excitement at the prospect of a weekend of reading, starting this morning with a small pile of articles I’d grouped together because they all look at nostalgia in music, albeit very different music.

‘Rammstein and Ostalgie: Longing for Yesteryear’ by John T. Littlejohn and Michael Putnam is a 2010 paper from Popular Music and Society.  I have, over the last few weeks, become slightly preoccupied with untranslatable foreign words that convey meaning relating to loss and longing, that sort of mean nostalgia, but not quite.  The Portuguese saudade, the  Romanian word dor and the Welsh hiraeth being just a few examples.  The Germanic sehnsucht is a similar word, like nostalgia encompassing longing, sometimes for a place, and with origins in the idea of malaise or sickness.  It is also the title of the third album by German metal band Rammstein and Littlejohn & Putnam’s article explores the aspects of retrospection and longing encompassed by sehnsucht  in Rammstein’s music, with particular reference to the idea of Ostalgie.

Ostalgie was a new term to me, a portmanteau of the German words for east (Ost) and nostalgia (nostalgie) used to refer to a form of nostalgia for life under communism in Eastern Europe, most expressly East Germany prior to 1989.  It’s a concept closely related to the domestic, Littlejohn & Putnam note that it is not about a desire to return to the political regime of oppression and restricted access to goods, but a longing based on fond memories of discontinued foodstuffs, old television programmes and the municipal iconography of East Germany. One is immediately inclined to draw parallels with Owen Hatherley’s ‘austerity nostalgia’ (discussed in a previous post) and the similarity with a trend in Britain towards valorising certain post-war cultural commodities as representative of a simpler time, the nostalgic charm of the era of Spam, the BBC Third Programme and Brutalist public buildings.

While the ins and outs of how Ostalgie is incorporated into the music of Rammstein isn’t explicitly relevant to my interests, the reasons Littlejohn & Putnam provide for why certainly are.  Ostalgie is described as an example of a counter-hegemonic discourse, an illustration of “collective cultural remnants of a lost society subsumed inside a larger whole”.  Littlejohn & Putnam also draw on a fascinating idea of Ostalgie as a form of political unification, in the sense that it’s a manifestation of an underlying feeling that both Communism and Capitalism have failed to provide what they promised.  Ostalgie is certainly a concept I’ll be returning to inspect in more depth at a later date.

‘Ringing the Chord: Sentimentality and Nostalgia among Male Singers’ by Jeffrey Eugene Nash, published in the Journal of Contemporary Ethnography in 2012, is quite a leap in subject matter following on from the previous article – from industrial metal to barbershop – but also encompasses a completely different approach.  Nash takes a auto-ethnographic angle for his examination of nostalgia in barbershop singing, drawing on personal experience and observation.  However, his evaluation of nostalgia also returns to the idea of identity preservation in times of change, in this example a white, heterosexual, blue collar masculinity.

Nash draws on Fred Davis‘ ideas of nostalgia arising from dissatisfaction with the present, in the case of most of his barbershop associates mainly dissatisfaction with popular music, though it wouldn’t be a great leap to suggest this is really a totem for a sense of disconnection with contemporary popular culture as a whole.  Indeed Nash suggests “the barbershop hobby creates a space between contemporary society and actually being in that society” and even more revealingly, in discussing all male spaces, notes “in these spaces men play out their versions of manhood without having to defend them”.  Compared to the role of Ostalgie discussed in the previous article this suggests a more passive use of nostalgia, arguably not as a tool to negotiate change, but to retreat from it altogether.

Perhaps unsurprisingly ‘Ringing the Chord’ does not interact with contemporary discussion of nostalgia, instead drawing on Davis and resources relating to masculine roles (Nash is a sociologist) and for this reason his paper had limited relevance to my area of research.  However Nash did touch upon a very interesting idea with which I was unfamiliar, that of  the ‘ringing chord’ which gives its name to the paper.  The ‘ringing chord’ is an acoustical effect created when the upper harmonics of a quartet combine and reinforce each other, strengthened to the point that this higher register note ‘rings out’ as an overtone above the blended voices of the ensemble.  This is often referred to as the ‘fifth voice’ and Nash suggests that there could be a genetic emotional reaction to this tone, to the thrill of ringing a chord.  To me there is something very Lacanian in this idea of achieving a fleeting satisfaction from a perfectly synchronized moment of unity which I found very interesting.

‘Memories that remain: Mamma Mia! and the disruptive potential of nostalgia’ by Naomi Graber from 9:2 (2015) of Studies in Musical Theatre requires us to take another genre leap from the barbershop quartet to the music of ABBA.  From the title alone we can anticipate that this is a going to be a very different conceptualisation of the function of nostalgia to Nash’s.  It  focuses on the stageshow Mamma Mia! as a post-feminist challenge to “nostalgic culture that indicates a yearning for a pre-feminist era”, that is nostalgia as a disruptive force.

‘Memories that remain’ is a fascinating article, not least due to the extent to which it explores amnesia, misremembering and the materialisation of memory: a postmodern trend towards substituting commodity for actual memory.  Such concepts are often pitched negatively, but Graber runs with an idea that this ‘re-imagining’ of the past can be used for progressive means.  She contextualises this by suggesting that over the last twenty years nostalgia has culturally articulated itself in a form of pre-feminist ‘retro-sexism’.  Mamma Mia! however, she argues, is an example of re-imagining that empowers women.  “The nostalgia of Mamma Mia! rewrites the past that it remembers, changing ABBA’s music from bubblegum pop to feminist anthems” she asserts, with the redefinition  of ‘Dancing Queen’ within the show as “a song about female friendship, rather than the male gaze” used as an example.

This reminds me of a point raised in Fred Davis’ Yearning For Yesterday which I was unconvinced of at the time of reading, where he suggested nostalgic reminiscence as a collective act could be used to revisit things from our past which we downplayed or kept private at the time.  We are thus freed from the shame we associated with them.  Graber’s theorisation lends integrity to this idea, to the process of retrospectively giving meaning to music we always enjoyed but perhaps felt was lightweight or didn’t have credibility.  This relates to the popular notion of the ‘guilty pleasure’ within music, a concept I think it’s interesting to note that ABBA, perhaps more than any band, have always been associated with.  With this in mind, next time you’re dancing around your kitchen to ‘Voulez-Vous’ you can reassure yourself that it’s an act of female solidarity and a challenge to post-feminist media propaganda on the decline of sexuality and femininity as part of the ageing process, which is always nice to know.