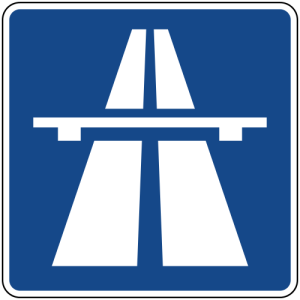 For all but a blissful week I have spent the whole of 2016 so far battling with one form of cold or another. This week is no exception, feeling thoroughly under the weather I’ve decided the only way to cheer myself up (and get some work done) is to declare today Kraftwerk day.

I was reminded of the Kraftwerk related content in my ‘to read’ pile last week when I chanced upon the Kraftwerk: Pop Art documentary on YouTube. ‘How have I missed this?’ I thought as I settled down to watch it. It turned out I hadn’t, I’d seen it a couple of years before but had seemingly blocked it from my memory due to it’s over reliance on footage of Paul Morley talking nonsense. This is exemplified no better than at the point where swept away with enthusiasm, possibly for the sound of his own voice as much as the music of Kraftwerk, Morley claims “You take, say, [Kraftwerk’s] closest rivals in terms of iconic presence, we would say the Beatles. Well, the Beatles don’t really influence anyone. They influence Elton John and George Michael and Take That and maybe ELO, at a pinch” Oh Paul. He goes on to describe the influence of Kraftwerk on electronic music: “They influenced the avant-garde end, the area that went way out and even all the way up to glitch and it all started to disintegrate…” . At this point you can almost see Morley’s brain register that he doesn’t really know anything about electronic music and begin to panic “and even the harder, stranger areas of dubstep.” he tentatively suggests, before swiftly changing the subject to Kylie Minogue. The adage of how ‘writing about music is like dancing about architecture’ involuntarily springs to mind.

But anyway, I digress, today’s morning’s readings have been three articles on Kraftwerk starting with Ulrich Adelt’s ‘Music with a Heart: German Identity in the Music of Can and Kraftwerk’ from Popular Music and Society 35:3 (2012). Adelt begins by bemoaning the lack of scholarly attention bestowed on Krautrock and a tendency to merely list performers and bands. Adelt addresses this by devoting most of the article to potted histories of Can and Kraftwerk, which while interesting, does mean that the topic of identity is slightly overlooked. There are some promising ideas raised however, which the other two articles develop more.   The notion of Gesamtkunstwerk (total artwork) for example; the way both Can and Kraftwerk sought to control all elements of their music production, from using their own recording studios to directing their album art.   Also the way in which both bands respond to a desire for a new German identity which reacts simultaneously against recent national history and post-war Americanisation.

‘”Fun Fun Fun on the Autobahn”: Kraftwerk Challenging Germanness’ by Melanie Schiller from Popular Music and Society 37:5 (2014) takes some of the ideas raised in Adelt’s article and builds them into a much more structured discussion.. She begins by identifying the irony of how publications on Kraftwerk, while ‘exoticizing’ their German origins, tend to focus on identity in physical terms, i.e. on fluctuating membership of the band, rather than the articulation of identity within music. This German identity, she suggests, is complex, “a simultaneous (re)construction and dissemination/disjunction of national identity”. There is also some interesting discussion on Kraftwerk’s negotiation with German past and deliberate illusion to stereotypes of national identity. Here she draws in the work of Homi Bhabha and the notion of ‘disjunctive time’. It’s very interesting and something I’ll definitely pursue further, summarised by Schiller as an antagonism between “teleological national past” and “a more transitional social reality”. She describes this as “wavering between vocabularies”. It’s a phrase I’m very struck by and brings to mind the Lacanian idea of the real being lost through language.

I am less enamoured by Schiller’s decision to explore her ideas through a close reading of ‘Autobahn’. I’m wary of close readings in relation to song, to me they feel less appropriate than in a literary context because they frequently don’t take into consideration the way literary and lyrical composition differ.   Lyrics are often assembled from pleasing fragments collected over time, borrowed and subverted, which makes attempts to construct a definitive narrative or relate them to ‘real’ events and people problematic. Schiller’s argument is more persuasive when she sticks to themes, e.g. when she discusses how the idea of the Autobahn is interwoven with German history and the challenge in post-war Germany to ideologically detach it from Nazi culture. There is also a very good reading of the Autobahn cover, how the way the road winds scenically – less straight than the real Autobahn – denotes an East/West centrality, the Mercedes and the Volkswagen further emphasising this juxtaposition. Most interestingly Schiller suggests the image locates the band between past, present and future. The road ahead signifying the future, the interior of the car the present and the imagine of the band in the rear view mirror the past, represented in black and white.

The future is the theme of Alex Seago’s ‘The “Kraftwerk-Effekt”: Transatlantic circulation, gobal networks and contemporary pop music’ from Atlantic Studies, 1:1. It’s not really an article about Kraftwerk, but more how the ethos and working practices of a band like Kraftwerk have become more significant as the traditional model of the music industry begins to decay. Written in 2004, it’s a remarkably prophetic article in terms of it’s discussion of the diversification of music, particularly electronic, and the development of globally interconnected ‘micro-scenes’. It does at times suffer from being overly polemic, there’s no doubt which side of the fence Seago stands on when he discusses the breakdown of the ‘McDonaldized’ music industry. Where Kraftwerk fit into this, Seago suggests, is that “the aesthetic and technological innovations pioneered by these [Krautrock] bands have led to the creation of alternative ‘nodal points’ in contemporary networks of cultural globalisation”. They have done this by emphasising “change, progress, novelty […] opposition to all that seemed conformist”.

We return here to the idea of Gesamtkunstwerk and Seago draws on David Toop’s description of Kraftwerk’s art background, their absorption of pop art, of avant-garde music, German film, visionary architecture, design and more to create “the pop equivalent of Bauhaus’ Totaltheatre“. I’d suggest one can draw parallels with hauntological music on similar principles, the way in which it dredges British post-war culture for the experimental, modern and novel, encompassing stimulus from cult film to brutalism, children’s television to philosophies of the occult. A strange amalgam of influence, where returning to the idea of the ridiculousness of ‘dancing about architecture’, somehow dance music about architecture doesn’t seem silly at all.

This entry was posted on February 24, 2016 by hazyhazy in Electronic Music and tagged Autobahn, Gesamtkunstwerk, Kraftwerk, Krautrock.