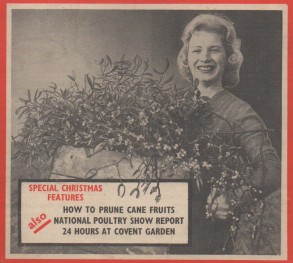 People often reminisce on the endless summers of youth, or hark back to long cold winters of the past, but there’s little rumination on enduring autumns.  Maybe it’s working in higher education for so long, that it’s such a busy time of year, but to me autumn seems the most fleeting season.  With this in mind you’ll forgive the fact that it’s two months since my last blogpost and hopefully take my word for it that I’ve been working very hard.

I’ve spent the last couple of months preoccupied with genre.  What are genres? How are they constructed?  What are they for?  How are they negotiated?  And perhaps more pertinently, has anyone written anything about this since we all got broadband?  Genre theory in music is a surprisingly under-represented area of academic research and the few good books that cover this area all suffer from being prematurely dated by the advent of the internet and all that it has entailed for music distribution.  Everything I’ve read accepts that genre can’t be divorced from commerce, that how music is defined and categorised is shaped by industry practices, but how is this affected by such a radical transformation of that industry? It’s particularly pertinent for genres like Hauntology that have become established via the internet and whose output is released exclusively through independent labels, often in extremely limited numbers, far removed from the agency of the multinational record industry as conceptualised in the 20th century.

Of course another idiosyncrasy within Hauntology as a genre is that aurally it’s so disparate.  A large part of what constitutes it as a genre is thematic, ideological even, rather than a sense of musical homogeneity.  Hauntology is perhaps easiest to conceptualise in terms of materiality, the music reflecting both decay and deterioration but also accumulation and the amassing of cultural debris.  It is far easier then, we can suggest, to identify a hauntological visual aesthetic than a single distinctive sound and we might expect this aesthetic to be characterised by visual materials that have been degraded and deliberately aged, as well as the recreation and re-appropriation of temporally situated images subverted to new purpose.

Returning to my own definition of Hauntology as a cultural movement that looks back at the naivety of what we believed in in the past with both a mocking affection and a melancholia for its loss, it’s peculiar to witness the process by which Hauntology has begun to infiltrate mainstream media.  If you’d like to observe this for yourself simply wander into your local high street bookshop and look for the table of humorous books released to capitalise on the Christmas market.  This year traditional festive favourites like the Viz and Private Eye annuals have been pushed aside for what Waterstones have tagged ‘Perfect Parodies’, stocking-fillers for grown-ups like Five Go On a Strategy Away Day, The Ladybird Book of the Mid-Life Crisis, and I-SPY THE UK: While It Lasts.  Dismissing this trend in publishing as merely an exercise in retro cash-ins (‘weren’t children’s books funny’) or indulgent nostalgia (‘I used to love Ladybird books, let’s make some more’) would be disingenuous.  These books move beyond retro-humour and saccharine nostalgia into genuine hauntological territory where the naivety of the originals is gently ridiculed, but the original source material is almost always treated with sincere reverence.

The original hauntological stocking filler was Richard Littler’s Discovering Scarfolk, released in 2014 to capitalise on the popularity of the Scarfolk blog.  Scarfolk is a northern town that exists in an alternate reality, a reality where it’s always the 1970s.  Societal attitudes and preoccupations of the time are explored, expanded and taken to their illogical conclusion.  It’s a microcosm of Britain where the dark side of the 1970s has mutated, where 21st century concerns – human rights, health and safety, political correctness – never came to fruition.  Littler’s construction of Scarfolk is almost Lovecraftian in the way it creates an entire culture and mythos. The results are both funny and menacing and the manipulation of graphics is at the heart of this duality.  Scarfolk’s popularity grew via social media, particularly through the sharing of Littler’s reimagined cultural artefacts; mock public information posters, fake council edicts and reimagined literature, including Ladybird books purporting to teach children about bomb making or the rapture.  Discovering Scarfolk has gone on to sell thousands of copies.  Though Littler certainly wasn’t the first man to conceive of a creepy atemporal town, Scarfolk remains a singular concept and as a commercial enterprise would be difficult to replicate.  So where do you go from Scarfolk?

Well, in the spirit of hauntology, in order to go forward we must go backwards, namely to November 2013. This was when Miriam Elia set-up a Kickstarter to fund the production of a ‘new take on a 1960s Ladybird book. Peter, Jane and Mummy go to a gallery and learn about sex, death and contemporary art’.  The initial run of 1000 copies of We Go to the Gallery was produced for Christmas 2013 and attracted a lot of attention, not least from the lawyers at Penguin who own the Ladybird imprint.  The company succeeded in enforcing the removal of their trademarking from Elia’s book, but as all content was original they did not succeed in halting further publication runs, subject to minor modification such as the names of the characters.  To facilitate the publication of further works Elia set up her own publishing imprint, Dung Beetle Learning, the name firmly cocking a snook at Ladybird.  If they didn’t get the message, the mocked-up book cover for We Sue an Artist (And Then Rip Off Her Ideas) probably conveyed her sentiment quite adequately.

Elia’s case was strengthened by a development in copyright law, in October 2014, which introduced an exception to intellectual property rights for certain works intended to parody, caricature, or pastiche.  Elia has openly stated that her work is parody, a concept defined under EU law as a work produced as an expression of mockery or humour that evokes an existing work whilst being noticeably different.  This is interesting for two reasons.   Firstly that it is an acknowledgement in law that in the digital age to parody, caricature, or pastiche is recognised as an original artistic statement contributing to the cultural sphere.  This means these concepts have been reconceived as progressive (as opposed to dismissed as retrogressive as they have been in the past).  The second interesting consideration is that by differentiating between pastiche and parody we are better able to understand what is hauntological and what is not.

When Joel Morris and Jason Hazeley published the first Ladybird book for grown-ups in time for Christmas  2015 it was with the blessing of Penguin who they had approached with the idea.  This included full access to the Ladybird archives and original artwork.  Branded as Ladybird books Morris and Hazeley were keen to state that they saw their contributions as part of a respectful continuum and they have noted that they consider their work pastiche not parody.  It can be argued that it is this sense of reverence which is crucial.  For Elia in parodying a Ladybird book much of the humour is derived from the disjuncture between the content and context, each page beginning as one would expect from an educational children’s book, before being derailed with a statement that would never appear in a genuine Ladybird publication.  This disjuncture isn’t present in Morris and Hazeley’s work in the same way, their approach is gentler.  Morris and Hazeley instead play affectionately with the tropes of the Ladybird book, particularly the juxtaposition of modern topics with original images and with the sense of absurdism created by reading these books in the present day when the way we write for children has changed so much.  For example, my copy of Ladybird’s The Story of Nuclear Power, published in 1972, is unintentionally amusing purely for the fact that it has a section on the fission process for the under-8s.  It is this distinction that I suggest illustrates the difference between a modern parody and a hauntological pastiche.

Elia’s independently produced Dung Beetle Learning series is an anomaly within the ‘humorously imagined re-issued children’s books for adults’ market, most of which are produced with the full consent of the original publishers.  What’s most remarkable about the majority of these books is the extent to which they resemble the original franchises on which they’re based, forming highly tactile, carefully constructed recreations of childhood favourites.  Bruno Vincent, author of the ‘Famous Five for Grown-Ups’ series insists the books aren’t mocking Enid Blyton or her values, but instead make fun of the absurdity of modern life.  Similarly Sam Jordison’s adult I-SPY books, packaged to look as if they are relics from the ’70s, sit alongside the modern children’s versions which Harper Collins still publish, so must maintain brand standards, gently mocking the point where modern Britain meets old tradition.  Of course there are a few bandwagon-jumping cash-ins, the Haynes Explains series being the most obvious. Capitalising on the retro-associations of the Haynes manuals but bizarrely only using motoring as an extended metaphor, they instead draw on a series of comically over-mined topics (teenagers, old people, men and women viewing the world slightly differently) and read like scripts from a bad 1990s sitcom.  However overall the rebooted childhood favourites are wry tributes, a far cry from the Scarfolk Ladybird parodies and indeed from the plethora of re-imagined children’s books which occupy a niche corner of the internet, where publishing past is diligently doctored to sinister effect.

Returning to the concept of cultural debris then, what I find particularly fascinating about the production of these books is that within a year they’ll inevitably start filtering into the flotsam and jetsam of discarded objects.  The books will sit on the shelves of charity shops alongside the originals that they parody and pastiche.  A Jamesonian interpretation of this might suggest a further contribution to temporal breakdown, as  mimicked aesthetic style encroaches on real history, however I am less pessimistic.  Mainly because I really enjoy imagining parents around the country reading We Go to the Gallery to their children by accident.